Schneider Foundation support for the Vocational School in Bissorã 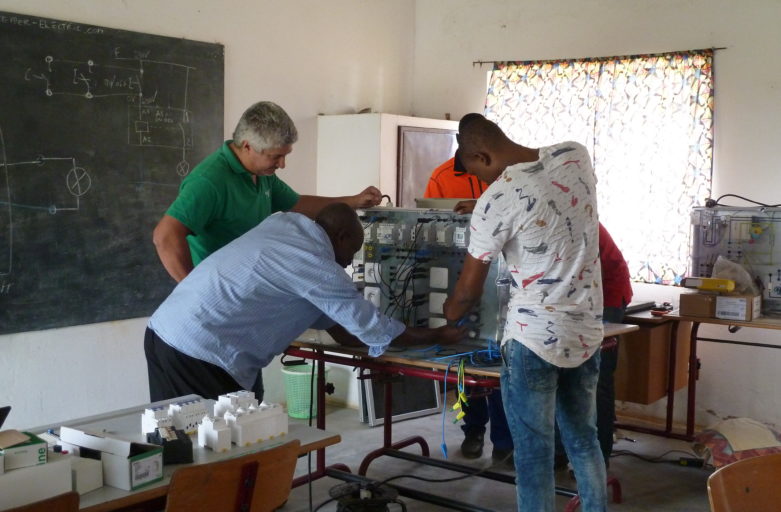 The Vocational school of Bissorã will be supported for the second year by the French-based Schneider Foundation in order to modernize and improve the quality of its training in electricity and solar energy for youth.

The trainers of the school have been able to reinforce their technical knowledge in a training delivered by the volunteer from Schneider during 10 days in November 2017 and with the support of modern and didactic training kits provided by the same company.

This second year, Schneider will send another volunteer to the school to train the trainers in entrepreneurship to build their capacities and for them to support better the students in finding a job after the training or open their own business.

In 2022 new equipment will arrive to reinforce the training of electricity and solar energy. Official Handover Ceremony of the new School Infrastructure in Missirã 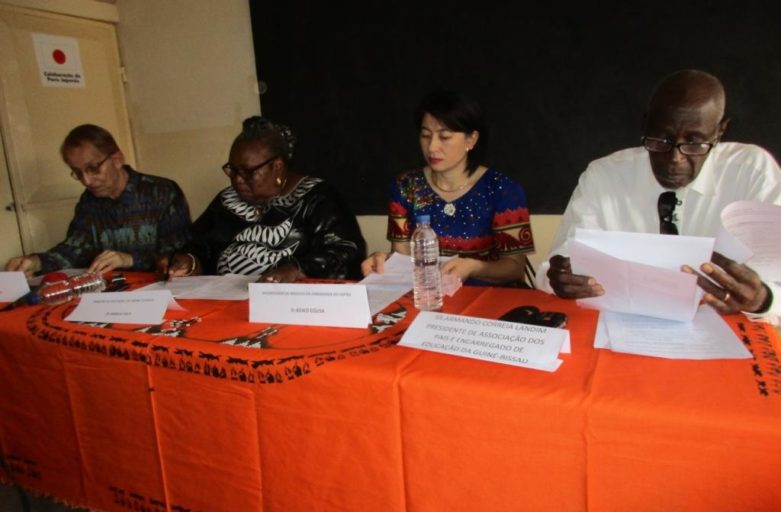 This morning, November 21st 2017, at the Cassacá Congress School in Missirã, Bissau, the official ceremony of a new pavilion built with seven (7) properly equipped classrooms was held.

The work is the result of a partnership signed on 27 January 2016 between ADPP Guinea-Bissau and the Japanese Embassy in Dakar, which provided a fund of 47,836,398.50 CFAF for the realization of this work. At the official ceremony the following personas participated:

➢ His Excellency Mrs., Iracema do Rosário – Secretary of State for Basic, Secondary and Vocational Education;

➢ His Excellency Mrs. Keiko EGUSA – Charge of the business with the Embassy of Japan in Guinea-Bissau;

Besides them, dozens of students, teachers and parents and caretakers were present at the ceremony.

ADPP GB congratulates its team and its partners for the success of this project and for the results achieved. 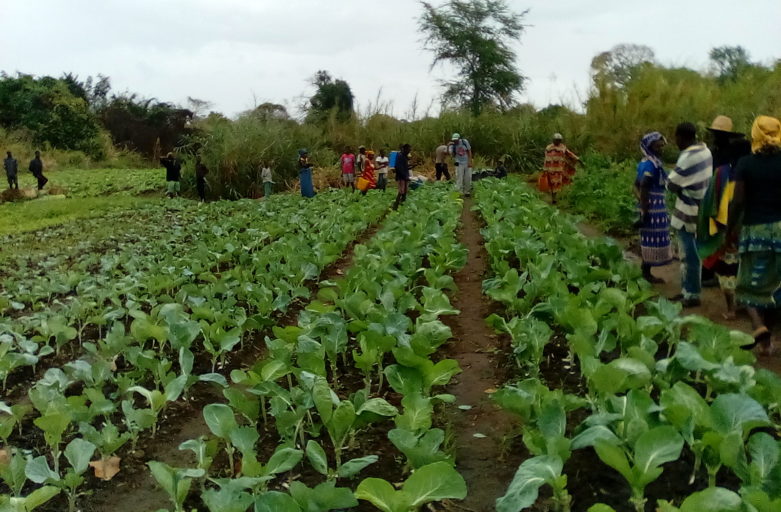 Memorandum of Understanding with the Secretary of State of Communities 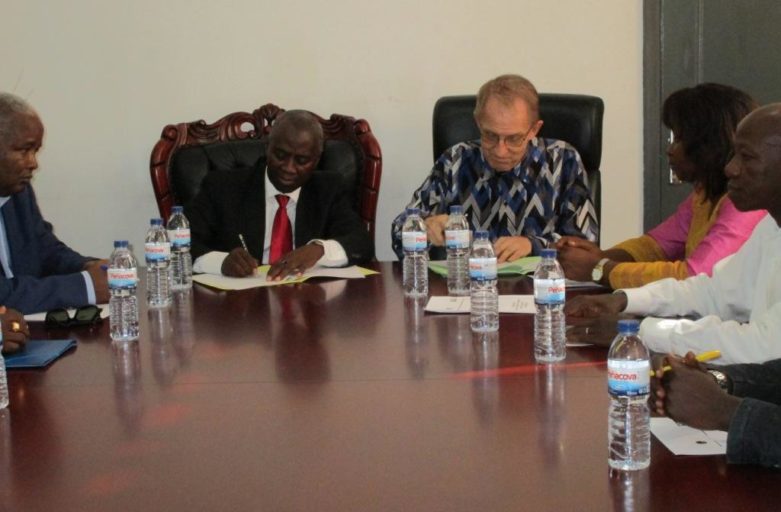 On the morning of the 31st of October 2017, a Associação de Ajuda de Desenvolvimento de Povo para Povo Guiné-Bissau (ADPP/GB),  in the conference room of the Ministry of Foreign Affairs, International Cooperation and communities, a MEMORANDUM OF UNDERSTANDING, with the Secretary of State of the Communities (SEC).In this act, witnessed by the high officials of the ministry, as well as by ADPP GB, was presided by His Excellency Ambassador Dino Seidi, Secretary of State for Communities, and by Mr Asger Pedersen Nyrup and Ms Mariana Camilo, qualities of Chairman of the Board of Directors and Vice Chairman of the Board of Directors of ADPP Guiné-Bissau respectively.

The memorandum signed here aims to engage ADPP GB, as a partner in the implementation of “Policies and Programs for the Promotion of Community Welfare and Development, including Migration.”

The SEC and ADPP-GB further agree to support each other in the mobilization and negotiation of funding for the Projects and/or Actions deemed useful by the two Parties, and agree to work cooperatively in pursuit of the above-mentioned objectives and to effective implementation and efficiency of the Projects and Actions jointly defined. 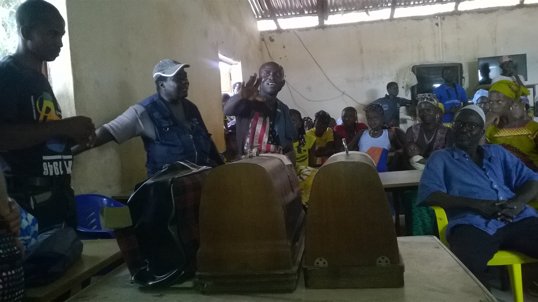 A total of 2.720 farmers will benefit from a new Cashew Processing Centre 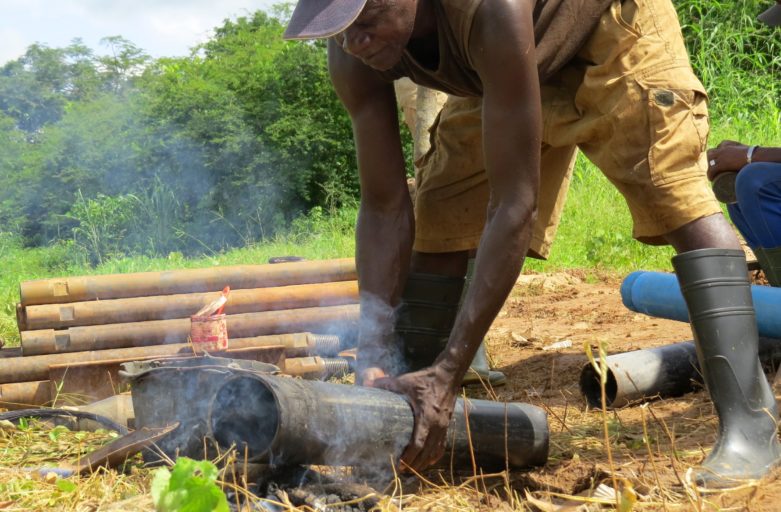 The project, which works directly with 2.720 farmers, aims to contribute to the reduction of chronic food insecurity and to increase the resilience of rural populations through improved cashew production and processing, and through the introduction of organized commercial activities.

Within the project, two Cooperatives will be created representing the 2.720 farmers to create a new commercial and politic factor in Bissorã sector. The Cooperatives will also bring more possibilities for the small scale farmers of the region.

Once the Processing Centre and the Cooperatives ran, the project team together with the farmers and partners will elaborate a management system for the Centre to benefit the population of the region in general with a long term perspective. 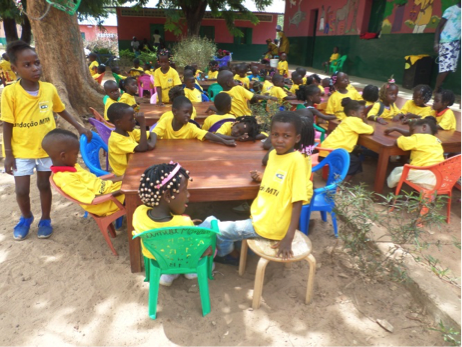 In May 2017 the Preschool Caberná which is situated in the premises of the DNS Teacher Training College Cacheu received a donation of furniture and toys.

The donation is a gesture of solidarity by the People in Denmark to the People in Bachil community. As for the direction of the DNS Teacher Training College, the donation is a witness of the strong relationship between the College and the UFF Denmark. Until now, the management of the school has been experiencing difficulties by not having enough furniture and necessary material for the school.

We have received a donation which is of a great importance to the DNS Teacher Training College and the children of the Preschool. The donation is a great support for us because it helped to fill in the gap of the missing necessary material of the School. Today we see the joy in children’s faces – we see them playing, running, jumping with each other, and that is the result of our common efforts. 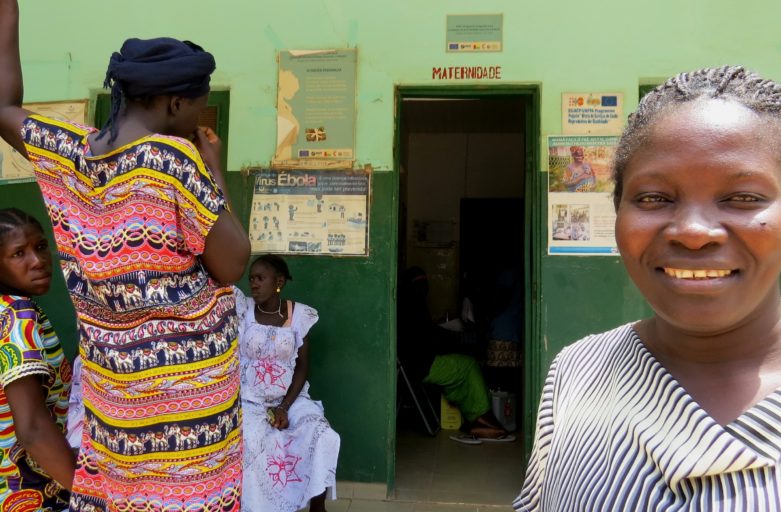 “Patients from Bissorã Hospital are now attended with much better conditions thanks to Danish Relief Group donation. The five beds donated by the Group were placed in the paediatric room improving children’s care as these beds are in better conditions than the old ones. The old beds were put in the adults care room which allowed us to increase the capacity to host more adults to overnight at the Centre”, said Teresa Luisa Embaná, administrator of Bissorã Hospital, in Oio region.

Maternity received also wheelchairs that are used to transport pregnant women after giving birth, “before this donation women were carried to the caring room by their relatives, but now they are wheeled securely and comfortably”, confirms one of the nurses. Not only the women but also the new born babies receive now their first hygienic cares in a new bathtub which facilitates also nurses work.

Danish Relief Group donation included 350 glasses that are free distributed to the patients according to the optician prescription, “this distribution is really helpful as there are no shops in Bissorã to buy glasses, you  only can find glasses in Bissau capital. Moreover few people can afford to buy them as they are very expensive for the majority of the population” (between 30 to 75 euros).  A massage table, uniforms, bedside tables and rollators were also part of the donation.

Bissorã Hospital shared also some of the materials donated to the Health Centres nearby, aware of the fact that solidarity between the most needed is the base of community development.

Children from Missira, will have soon a new school thanks to the Japanese Government 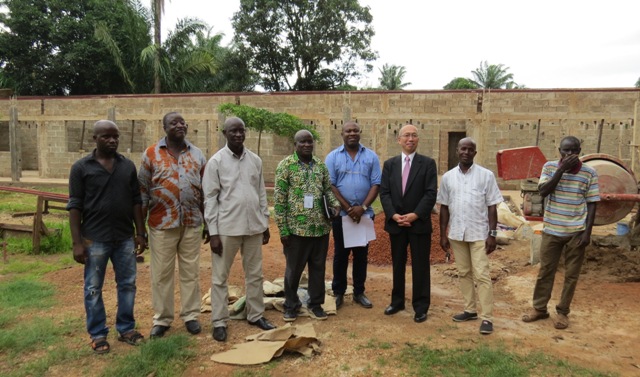 The Japanese ambassador in Dakar, Mr. Shigeru OMORI, visited the Congreso de Cassacá school in Bissau capital, to corroborate how the work is progressing in the new school that is being building from the root within a new partnership between Japanese government and ADPP GB.

The aim of the project is to contribute to improve the quality of the educational system in Guinea-Bissau through the improvement of the infrastructures and equipment of the schools where children receive education.

The new school will have 7 different classrooms, all of them full equipped with furniture (140 desks and chairs for children and 7 desks and chairs for teachers).  The new infrastructure will benefited directly 840 children per year from Missira neighbourhood, that will receive education in better conditions that will have a direct impact in the progress of their studies.

This is the third time Japanese government trust ADPP GB as implementer of development projects, focused all of them on Education, as its believed the base of any country to reach the progress.

The Humana People to People Progress Report: 2016 and beyond 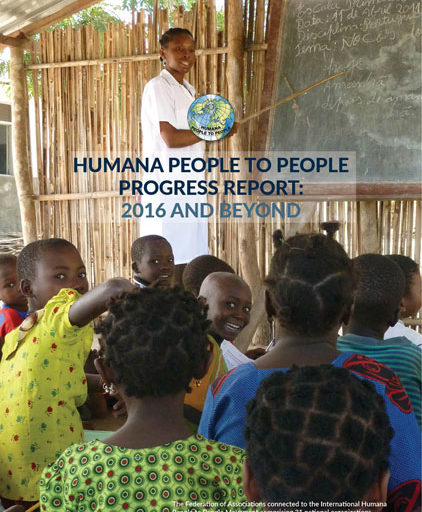 2016 was both a challenging and exciting year for Humana People to People: challenging as members adapted to evolving political realities and rapidly changing development challenges; but exciting as Humana People to People grew and established new partnerships across the globe, took on new challenges, expanded interventions, learned multiple lessons and enjoyed many new experiences.

Humana People to People remains more committed than ever to combating the increasingly complex challenges and threats facing the world today: migrant crises, epidemics, the effects of climate change, food insecurity and inequality, as the international community aligns its commitments with the 17 Sustainable Development Goals (SDGs) of the UN 2030 Agenda for Sustainable Development.